We represent here some parts of the original UNMIK (ICTY) report „CKX103“ from October 2003 that describes direct involvement of Ramush Haradinaj in a monstrous KLA operation of kidnapping and butchering Kosovo’ Serbs. This very credible report was suppressed by the Western powers and Hague (ICTY), investigation was shut down, and all forensic evidence collected by UNMIK investigators, from locations where these horrible crimes took place, was intentionally destroyed by Hague Tribunal (ICTY); Which was supposed to conclude this investigation and bring criminal perpetrators, such Haradinaj to justice. We believe that thorough investigation would eventually implicate some Western powers, and that was the main reason behind ICTY decision to destroy evidence, obstruct and eventually, shut down this investigation.

On November 29th 2012, ICTY acquitted Ramush Haradinaj of all charges, and he walked free. The main reason for acquittal (above the Western influence on Hague tribunal) was systematic destruction of physical evidence by ICTY, and subsequent physical liquidation of the witnesses against Haradinaj (19 people), while he was on the „leave of absence“ issued to him by ICTY regardless of severity the crimes he was charged, and without any regard for lives of witnesses (whom, most of them were killed mercilessly, and the rest went „underground“ refusing any cooperation with ICTY, that had lost any credibility)….

THIS SECTION PROVES THAT RAMUSH HARADINAJ AND HIS BROTHER DAUT WERE DIRECTLY SUPERVISING IMPRISONMENT AND FORCIBLE ORGAN REMOVAL FROM SERBIAN AND OTHER KLA (KOSOVO LIBERATION ARMY) CAPTIVES IN ALBANIA:

DESCRIPTION OF HARADINAJ’ TIES WITH ALBANIAN AND MIDDLE EAST CLANS, IN RELATION WITH „ORGAN TRADE“:

RAMUSH HARADINAJ GAVE PERSONAL ORDER IN JULY 1999 FOR CAPTURED SERBS TO BE KEPT ALIVE AND IN „GOOD SHAPE“ FOR FUTURE FORCIBLE ORGAN REMOVALS:

HARADINAJ ACCOMPLICES WERE BRINGING „MISTREATED“ SERBIAN PRISONERS IN THE MOUNTAIN PRISON CAMPS AT HIGH ATTITUDE, TO IMPROVE THEIR HEALTH AND BLOOD PICTURE, SO THEY BECOME SUITABLE „ORGAN DONORS“:

HARADINAJ“ PEOPLE WERE TRANSPORTING, ALONG WITH „MEDICAL EQUIPMENT“ FOR MAKESHIFT CLINICS IN ALBANIAN FOR FORCIBLE ORGAN REMOVAL, AND SIGNIFICANT NUMBER OF HUMANS SLAVES (MOSTLY WOMEN FROM SLAVIC COUNTRIES) TO THESE CAMPS, TO BE AS WELL BUTCHERED FOR THEIR ORGANS (IN TIMES OF SHORTAGE OF ORGANS, THEY EVEN DIDN’T SPARE POOR ALBANIAN GIRLS FROM THE COASTAL AREA):

NAMES OF SOME SERBIAN VICTIMS, AS LISTED IN UNMIK REPORT:

THE WHOLE PAGES OF THE UNMIK REPORTE SECTIONS, REPRESENTED ABOVE (YOU CAN READ ENTIRE REPORTE AT NEXT LINK „UNMIK CKX103“):

Hague assisted in murders: War crime witnesses were murdered while Haradinaj was on L.O.A. granted by ICTY !?

UNMIK: KLA murders and abductions of Serbs in Kosovo were never investigated… (Another Western CoverUp?)

The UNMIK Human Rights Advisory Panel published today its decision in the case of the failure of UNMIK to investigate the abduction/murder of persons killed by the Albanian-led “Kosovo Liberation Army” in June 1999.

It is worth noting that they also mention that the ICTY was aware of the case, but no investigation by them was conducted either.

The panel found that the failure to investigate constituted a violation of Article 2 of the European Convention of Human Rights and has called upon UNMIK to publicly acknowledge responsibility for its failure to investigate into the disappearance/killing to the family members of the victims and to make a public apology to them.

Serbian civilians were abducted in a broad daylight, literally before the eyes of NATO (KFOR) forces and UNMIK police, who did nothing to prevent it … (Western values?)

The decision pointed out that 351 kidnappings, 6754 murders and 115 rapes had been reported to them in the period between June 1999 and December 2000, during the period of UNMIK/NATO responsibility in the Province.

It is interesting to note that the current Prime Minister of Kosovo, Hasim Thaci, was one of the commanders of the KLA at the time that most of the killings occurred, but was never indicted by either the ICTY or UNMIK.

Some of the abducted Serbs have ended in this infamous „Yellow House“ in N/E Albania, to be butchered alive for their organs by their captors from the ranks of terrorist’ KLA and Albanian mafia. There are allegations, that some top NATO and UNMIK officials were also involved in this „human organ trade“, and its subsequent cover-up ….

A copy of the decision is at this LINK

Illustrations and comments (in blue) by SERBian FBReporter (M. Novakovic) 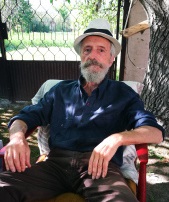